September 26, 2017Leave a comment
Welcome to the human washing machine.  You’ll get little sleep and thrown around alot.  Oh and a fair few squalls thrown in as well!
I’m slowly remembering why I dislike upwind sailing..  wearing foul weather gear enroute to Tonga was not something I was envisaging.
No wind, no  wind,  no wind and now too much!  Parmeston and then Beveridge reef have been ruled out due to the high winds and we’ve had to race our way to Nuie to get there before dark. Not the smooth downwind cruising we were hoping for but all somehow worth it for a drink in the world’s most remote yacht club!
We sort of hoped spending a few days in Nuie might give the weather a little chance to calm down but no such luck. The sea was still the swelly confused mess it had been before. The wind angle was more of a broad reach this time but meant that the boat rocked from side to side instead of holding one angle.  Forever being rolled takes its tole as it makes sleeping, cooking and showering very difficult. One fateful night I was dreaming about chips and gravy and was suddenly awoken by something smacking me in both knees. I looked up to find the Miss Tiggy guest book (a fair size!) on the floor next to me after it had flown across the cabin and bounced off me. Slightly crippled I went up to the cockpit only to find that poor James had been smacked in the face by a flying fish whilst on foredeck. It was a funny/painful night!
After another 24 hours or so of chillyness at sea we arrived in Tonga. Here the landscape was yet again different to everywhere we had been previous.After a lot of lagoons and atolls it was odd to be arriving in a place that had quite a high topography and didn’t require entering through a pass to get in! 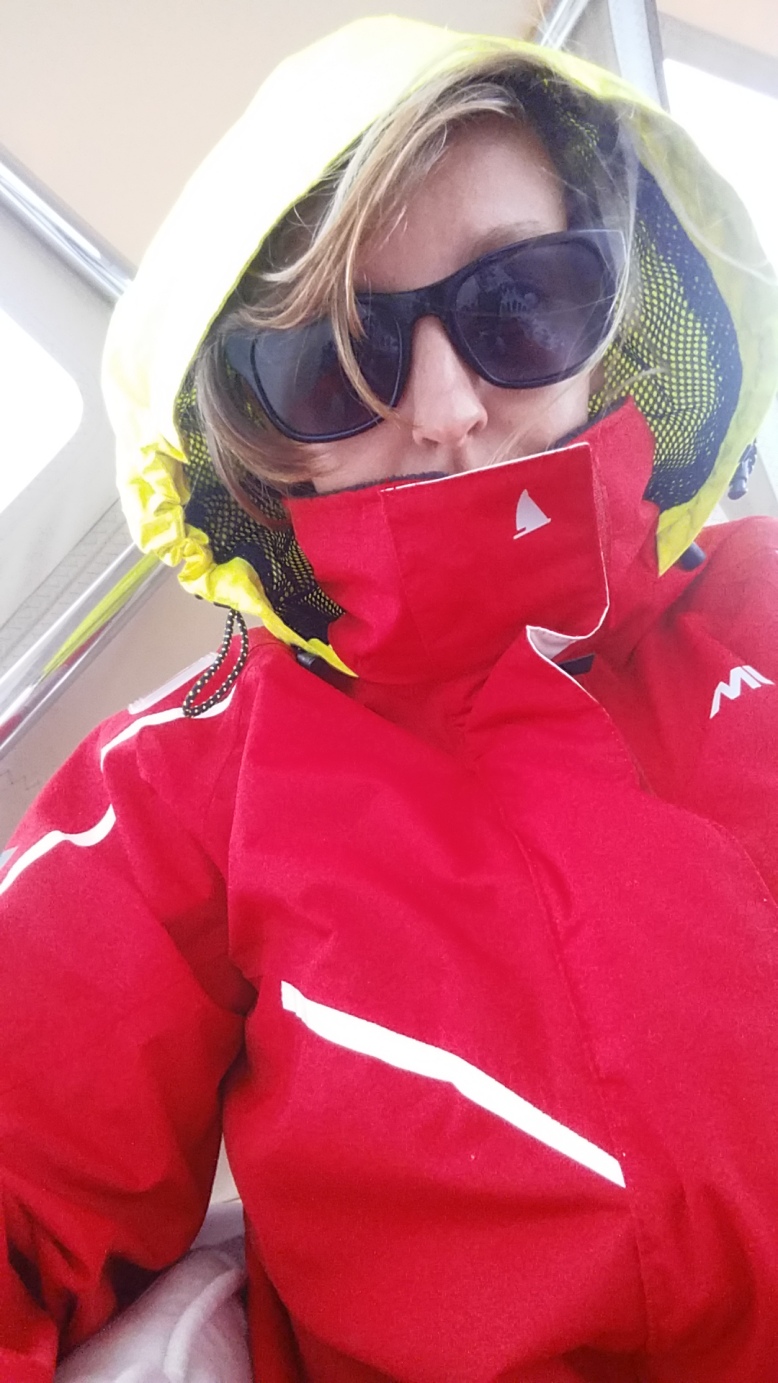 September 26, 2017Leave a comment
Nuie doesn’t have a dingy dock as such.  More of a park and ride. The jetty is  exposed to the swell and so high that you have to actually lift your dingy out of the water every time you want to visit land. You  crane your dinghy out and pull it over to a special dinghy parking spot which is a pretty cool system and not something I imagine is used in many places!

The main town of Alofi is sleepy but pleasant.  It almost looks like a holiday park town;  it just doesn’t seam quite real. There is a fantastic little cafe(shack) with a balcony over-looking the bay that does fried breakfasts and has decent wifi. So as you can imagine much of our time on Nuie was spent here. Nuie yacht club itself looked more like a youth clubthan a yacht club but very sweet all the same.
Our stay in Nuie was short but sweet and unlike anywhere else we’ve been so far.  Anticipation for tonga is now high and we’re really hoping it will be warmer than Nuie!